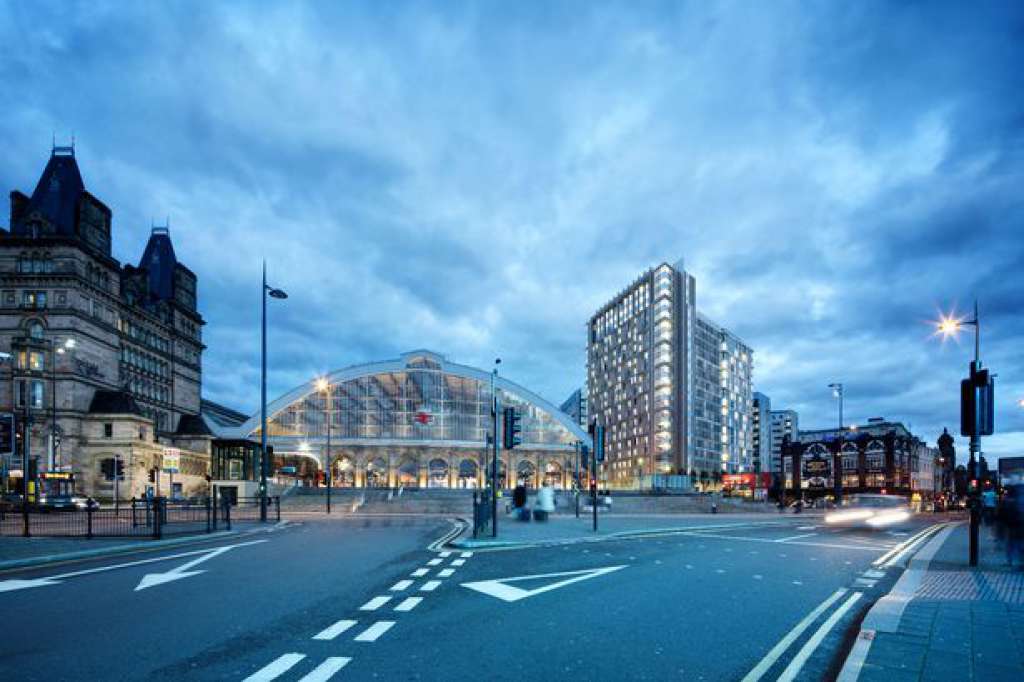 Liverpool City Council has approved proposals for a 22-storey tower on Skelhorne Street in the buffer zone of the city’s World Heritage Site (WHS).

The decision on 11 October 2016 was approved by five votes to two, despite specific requests from UNESCO not to grant planning approval for this application, as well as objections from SAVE and the Victorian Society.

Reacting to the decision the UK National Committee of ICOMOS, the official advisor to UNESCO on cultural heritage sites, said: “ICOMOS-UK regrets that Liverpool City Council have pushed ahead with a decision on this planning application at this time. Such a move ignores the UNESCO World Heritage Committee’s request not to approve the project until a Desired State of Conservation for the Liverpool – Maritime Mercantile City World Heritage Site as a whole is defined and adopted. It is the responsibility of all key stakeholders to work together to ensure that Liverpool’s World Heritage status can be assured for the future.”

SAVE wrote to each member of the planning committee ahead of the meeting to highlight our serious concerns and those of UNESCO, requesting that the decision be deferred until the Desired State of Conservation Report (DSOCR) is submitted in December. Our letter can be viewed here.

The Council’s decision to ignore UNESCO’s request and approve the scheme is needlessly hasty. The draft DSOCR is due to be submitted on 1 December, and a period of two months wait before making a more informed decision, based on the DSOCR report, is reasonable.

SAVE considers that the proposal will cause great harm to the setting of the WHS and surrounding listed buildings, and as a result of its height its impact will be far reaching; Cllr Steve Radford, one of the members of the planning committee who opposed the decision, described the proposal as ‘excessive’.

At the 40th session of the World Heritage Committee in July 2016, UNESCO took the decision to retain the Liverpool WHS on the at risk list for a fifth consecutive year, and also singled out two projects – towers at Skelhorne Street and Princes Reach – advising against the granting of planning permission. The decision stated that:

‘[The World Heritage Committee] Notes furthermore the submission by the State Party on 8 July 2016 of new information about two projects: Princes Reach, Princes Dock, Liverpool and Proposed Student Residences in Skelhorne Street, Liverpool and also requests the State Party to ensure that neither project receives project approval, until the DSOCR has been finalized and adopted;’

Both schemes referred to have now been approved – the 34 storey Princes Reach tower was approved in September – and the council’s decisions flagrantly ignores UNESCO’s request.

These approvals further increase the risk that the city will be stripped of its WHS Status, something being seriously considered by UNESCO.

Henrietta Billings, Director of SAVE said: “This planning permission for a 22 storey tower deliberately flies in the face of serious international heritage concerns. Liverpool’s World Heritage Status is a badge of honour which is slipping through its fingers because of short sighted planning decisions.”

1. For more information please contact the SAVE office on 0207 253 3500 or mailto:office@savebritainsheritage.org