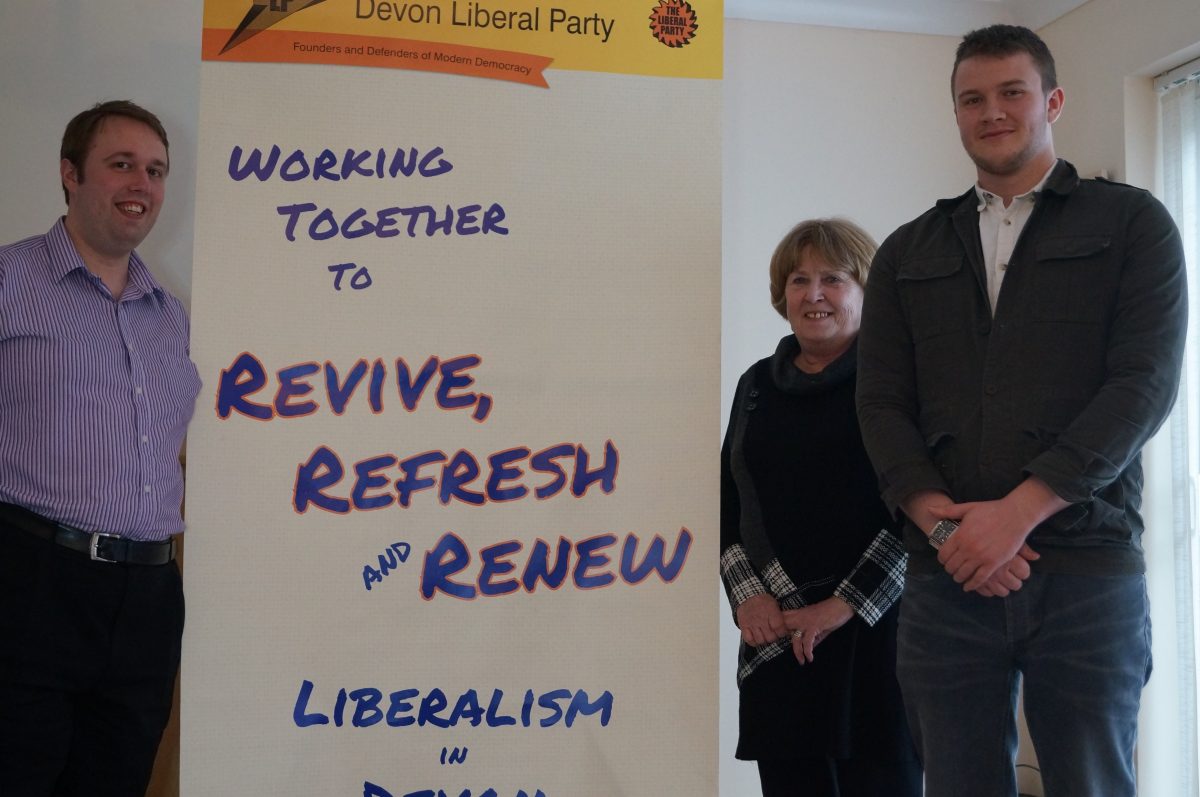 The Liberal Party in Devon has announced the names of the candidates that will be fighting seats in the May Devon County Council Elections.

Jenny Roach is a Mid Devon District Councillor who is well known for speaking up for and supporting people in her ward. Jenny is passionate about providing care services for vulnerable people and has initiated a project known as room 4 u to provide local services to bridge the gap that has been left by the austerity cuts.

Harry Tribble, standing as a candidate for the first time, Harry (a political student) hopes to assert the voice of the youth, prioritise the locality and establish community cohesion. Harry joined The Liberal Party after campaigning for vote leave in the 2016 referendum.

For further information please contact Jenny on 01392861042 or email at jennyroach2@aol.com