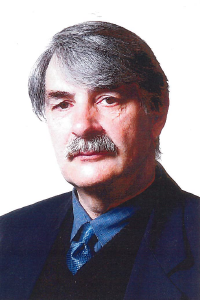 Cllr Paul T. Holmes will be standing in the Camborne/Redruth/Hayle Constituency.

In 1988 of the 28 Cornwall County Councillors he was the only one who refused to joins the LibDems staying loyal to the Liberal Party.
1990- 2012 was a Liberal Party NEC member and was National Trades Union Spokesman, Agriculture Spokesman and Spokesman on
Cornish Affairs at various times. A lifetime campaigner for the Cornish Language and for the Cornish Self Government similar to the Welsh Assembly.

Married to Cllr. Jean Pollock( another veteran Liberal Cllr), a retired electrician, a former Cornish League Cricket player with over 800 wickets as a bowler.

Paul now scores for his local Cricket team. Paul and Jean are the first married couple in Cornwall to win the Royal School of Church music silver medal and sing as local church choristers.