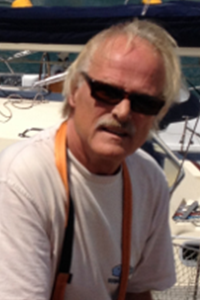 Elmars came to the UK in 1959 with the Ockenden Venture, a Children’s charity for refugees, from a displaced person’s camp in Germany. His mother, a nurse, followed in 1960. She found work straight away in a Sussex hospital, which came with a cottage, as she had children, and re-united the family.

After leaving full-time education, Elmars started working in the building industry. He has worked as a subcontractor in the UK, as well as abroad, with spells in Germany and South America.

Elmars is retired and lives with his loyal companion, Oscar the golden retriever.

“Having experienced first-hand, both separation and incarceration, and the feeling of utter powerlessness, I understand how important it is to live in a free, fair and democratic society. I am standing in this election to ensure that these traditional Liberal values have an equal voice”.