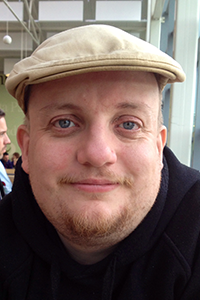 John Edge is a graduate in English creative writing and has lived in Hattersley for six years with his wife Delia Edge since moving from Salford. John is 42 years old and is self-employed, providing online web services.

John has been an active campaigner for Liberal policies such as Freedom of Speech and took the decision to get more directly involved by seeking election and giving people the opportunity to learn about the Liberal Party and Liberalism and vote Liberal.  Although this is John’s first election campaign, he is clear on what his objectives are.

When interviewed to be a candidate John said “I could not sit by and watch our political system decline any further. I hope to give people a voice, people who like me were losing faith in the entire political system as our elected representatives in government moved away from the very principles our Democratic system was founded on”.

“I want to tackle local issues such as the protection and preservation of our Greenbelt which will be essential in any further action on climate damage reduction.  I will also campaign to see our local public transport infrastructure strengthened to give more options for those seeking to commute to and from major cities”.

“The Liberal Party is committed to honouring the 2016 referendum vote to Leave the EU. Democracy is a cornerstone of our society and to disregard it when the result is not to the liking of those who gave us the option in the first place is an affront to the Liberal principles this country was founded on.”